Banksia praemorsa is a shrub to about 4 metres tall. The leaves are broad, about 50 mm long by 15 mm wide with toothed margins and with the ends truncated, giving rise to both the scientific and common names. The cylindrical flower spikes are conspicuous and up to 350 mm long by 100 mm diameter at maturity. The flower colour is wine red but other variations in colour (eg. yellow) are seen occasionally. They are seen in winter and spring. The seeds are enclosed in follicles attached to a woody cone and are generally retained within the cone until burnt. The species is closely related to B.media and B.epica.

Banksia praemorsa is one of the hardier Western Australian banksias in areas with humid summers. It requires a sunny, well drained position and is tolerant of at least moderate frost. Plants respond to pruning but not below existing green foliage.

Propagation of B.praemorsa from seed is relatively easy but cuttings may be difficult to strike. 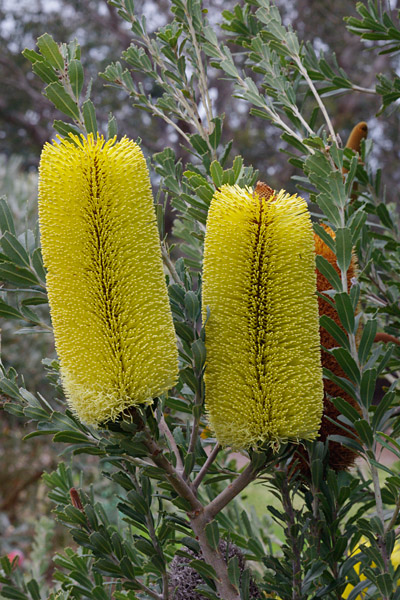 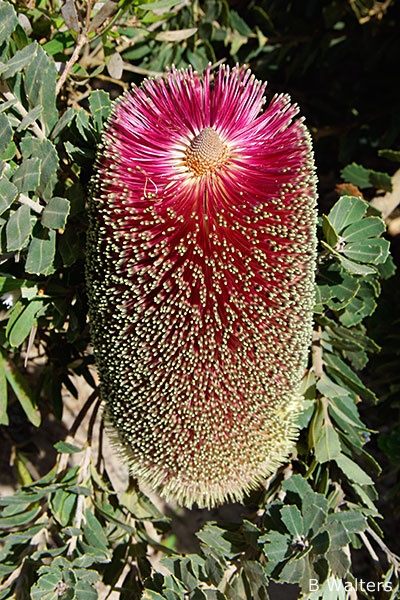