Banksia proteoides is a small to medium shrub to about 1- 2 metres high by a similar width. The leaves are long and narrow, being up to 25 cm long with prickly, triangular teeth along each side. Very large flower heads up to 100mm in diameter are formed in spring. These are brownish-yellow in colour with pinkish brown bracts. The flowers tend to form on older branches and are often concealed within the foliage.

B.proteoides is one of the more difficult species to grow but has been successful in sandy soils in inland areas and other locations of low summer humidity. It prefers full sun or partial shade and is tolerant of at least moderate frost.

Propagation from seed is relatively easy and cuttings are also successful but may not give a high percentage strike. 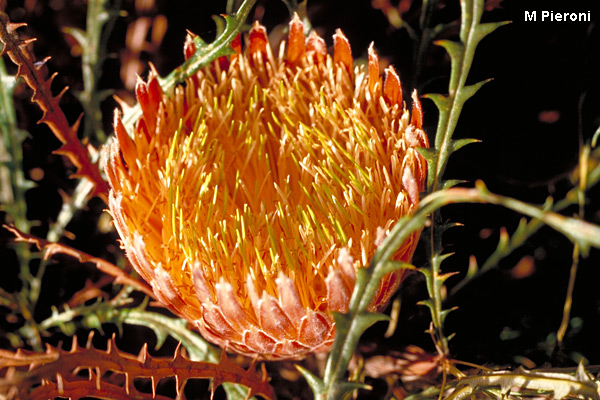