C.tetragona is the most widespread member of the genus. It can be found in temperate areas of all states as a small shrub to a metre or so in height. The flowers appear in spring and are star-shaped to about 10mm in diameter – they occur in massed clusters, often obscuring the foliage.

The flower colour is generally white but pink forms are known, particularly from western Victoria. In common with most Calytrix species, a feature of the flowers is the “awns” or fine hairs which extend from the calyx lobes beyond the petals. As shown in the photograph on the right, some forms produce calyces which deepen in colour after the flowers fall, creating an extended colourful display.

The leaves are small (about 2mm long) a feature shared but most other members of the genus.

Calytrix, generally, has not received widespread cultivation but C.tetragona is the most commonly cultivated species. It is generally reliable in gardens but problems can occur when plants native to one particular climate are grown in a different climate. For example, species native to dry climates such as South Australia, Western Australia and western Victoria may be difficult to maintain in humid areas east of the Great Dividing Range.

Propagation of C.tetragona is best from cuttings as seed can be difficult to germinate. Experimentation into the use of grafting has been carried out with Calytrix species using the closely related genus Darwinia as root stock. Some success has been reported with Western Australian species. 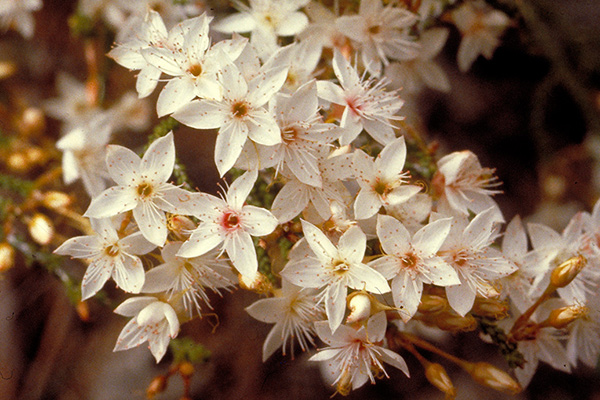 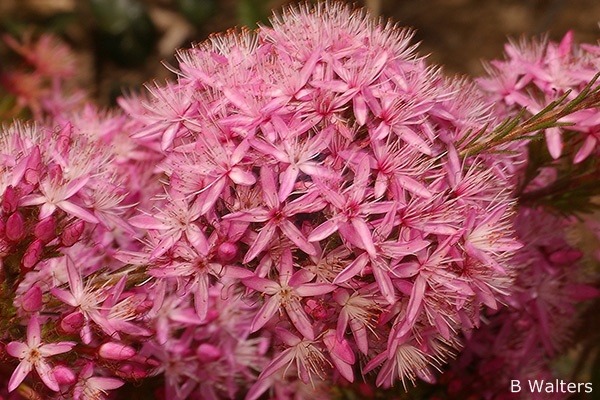 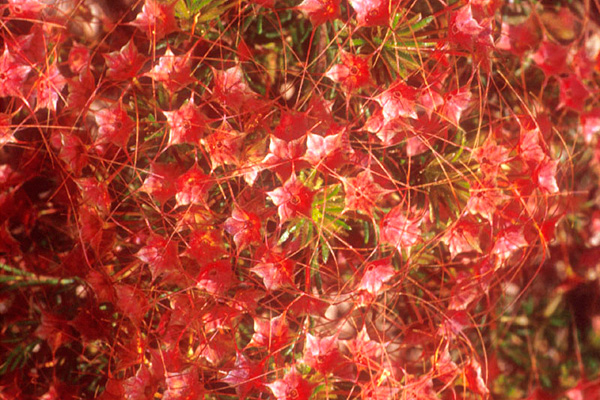