Tallerack was until recently known as Eucalyptus tetragona, a name that was easy to remember because of the four angles on the fruit. However “Tallerack” is divided into 2 species. Eastern Tallerack (E.extrica) has green leaves with longer petioles. True Tallerack has glaucous leaves with short petioles. Unfortunately, the type species for E.tetragona was found to be intermediate between the two species. “Consequently the name E.pleurocarpa (published 1844), whose type is from Cape Riche, should apply to Tallerack, and the well-known name E.tetragona regrettably should be no longer used.” (Brooker)

Tallerack occurs in two separate areas. One occurrence is on the northern sandplain near Eneabba. The other is more widespread in the outer part of the wheatbelt and along the south coast. It is locally common.

Tallerack is a member of the sub-genus Eudesmia. One of the obvious characters of this group is that the stamens are in four bundles each at the corner of the squareish flower. It is in a sub-group that includes E.erythrocorys.

It forms a spreading mallee in its natural habitat with many thin stems arising from a lignotuber. It is sometimes cultivated in Perth where its best use is as a backdrop to other plantings, although it seems to have fallen from favour a bit because of its straggly habit. It tends to spread and become untidy but responds well to pruning. Flowering is January. 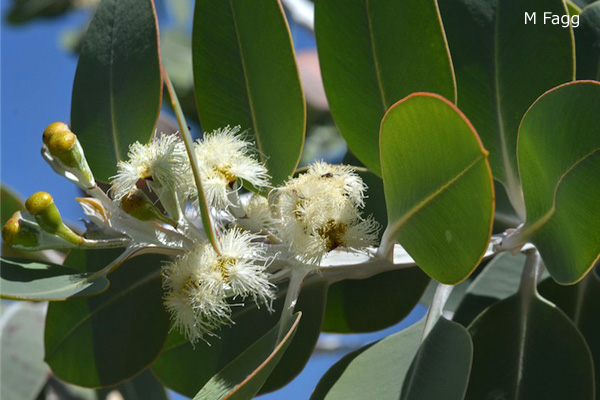