Most of Australia’s members of the Ericaceae belong to the subfamily Epacridoideae, which was formerly classified as a separate family. the Epacridaceae. Gaulthera, however belongs in the subfamily Vaccinioideae and is one of only three genera in that subfamily that are found in Australia, the other two being Paphia and Pernettya.

Gaultheria is a genus of over 100 species but there are only 3 species native to Australia. All are confined to high altitude areas.

Gaultheria appressa is a small shrub usually less than a metre high but sometimes reaching 2 metres. The leaves are elliptical and are dark, glossy green, about 50mm long with finely toothed margins. The small tubular white flowers occur in late spring as clusters at the ends of the branches and are followed in summer by waxy, white or pink berries up to 10mm in diameter. The edible (but not palatable) fruit is the most conspicuous feature of the plant.

Waxberry is not common in cultivation but has been grown successfully in moist, well drained soils in a protected position. It is best suited to temperate or sub-tropical regions and is tolerant of heavy frosts.

Propagation may be carried out from seed but this is not readily available. Cuttings are successful but may be slow to strike. Like all members of the Ericaceae, G.appressa forms very fine roots which can be easily damaged on repotting. Striking cuttings in individual small tubes is recommended. 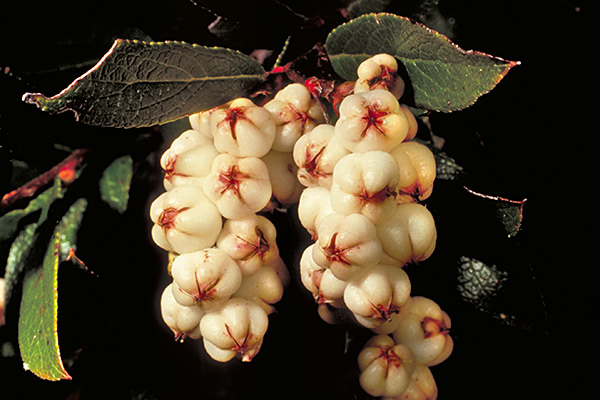