Grevillea pteridifolia is a widespread species with a number of different forms. It is also the parent of a number of popular hybrids such as G. “Sandra Gordon” and G.”Honey Gem”. Most commonly, the plant is a large shrub or small tree with greyish-green, divided foliage and large racemes of orange flowers in winter and spring. The flowers contain a lot of nectar and is an important food source for birds and animals. The aborigines also used the nectar either taken directly from the flowers or as a sweet drink produced by soaking the flowers in water.

A prostrate form from coastal headlands may spread to about 5 metres and there is also a silver-leaved form from Kakadu National Park which grows to small tree proportions.

Grevillea pteridifolia is popular in cultivation, particularly in tropical and sub-tropical areas. It can be grown in cooler areas if given a warm position protected from frost. It is quick growing and can be damaged by strong winds. The species is tolerant of a range of soils and will even succeed when drainage is not ideal (in nature it is sometimes found in swampy areas).

There is some suggestion that G.pteridifolia may become weedy in certain climates. The species was tested at the Agricultural Research Center, Ft. Lauderdale, Florida from 1970 to 1976 where the plants reached 2 m in two years and began flowering. Plants also set seed which gave around 80% germination in four weeks when tested. The staff at the Research Centre counted flowers on inflorescences and numbers of seeds set. From this they calculated that up to 300,000 seeds could have been shed from just 28 plants in a three year period!

Propagation can be carried out from seed (preferably fresh and with the seed coat “nicked” to expose the embryo slightly prior to sowing. The prostrate form comes true from seed. Cuttings are also successful but may be slow to strike. 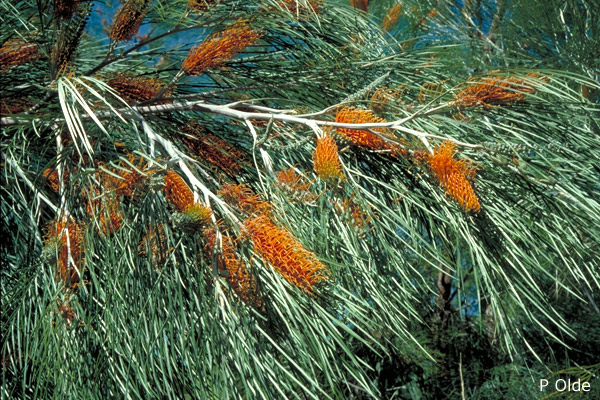