Grevillea rosmarinifolia is a well known species which usually occurs as a small to medium, rounded shrub to 0.3-2 metres high. The leaves are linear to oblong up to 35 mm long and 3 mm wide with revolute margins (margins rolled under). The flowers occur in clusters from the ends of the branches and are mainly red or pink, often with cream. Flowering occurs from winter through to spring and occasionally at other times.

An interesting piece of history concerning Grevillea rosmarinifolia has been the rediscovery of the type form (the ‘type form’ is the form originally collected and described). The type form of G.rosmarinifolia was collected on the Coxs River near Bathurst by Allan Cunningham in the early 1800s but was subsequently believed to be extinct in that area. In 1969, this form was actually discovered growing in the Edinburgh Botanic Gardens, no doubt derived from material sent back to the UK by Cunningham. Subsequently, a search in the original location on the Coxs River rediscovered this form in its natural habitat. The full details can be found in the article ‘Rediscovering Grevillea rosmarinifolia‘.

G.rosmarinifolia is well known in cultivation as a hardy shrub for temperate climates in well drained soils and full sun to partial shade. Several forms and cultivars are in cultivation including:

Most forms are tolerant of medium to heavy frost and will withstand moderate pruning for shape. 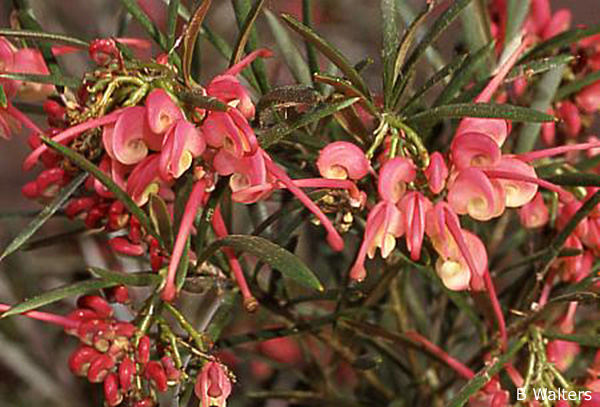 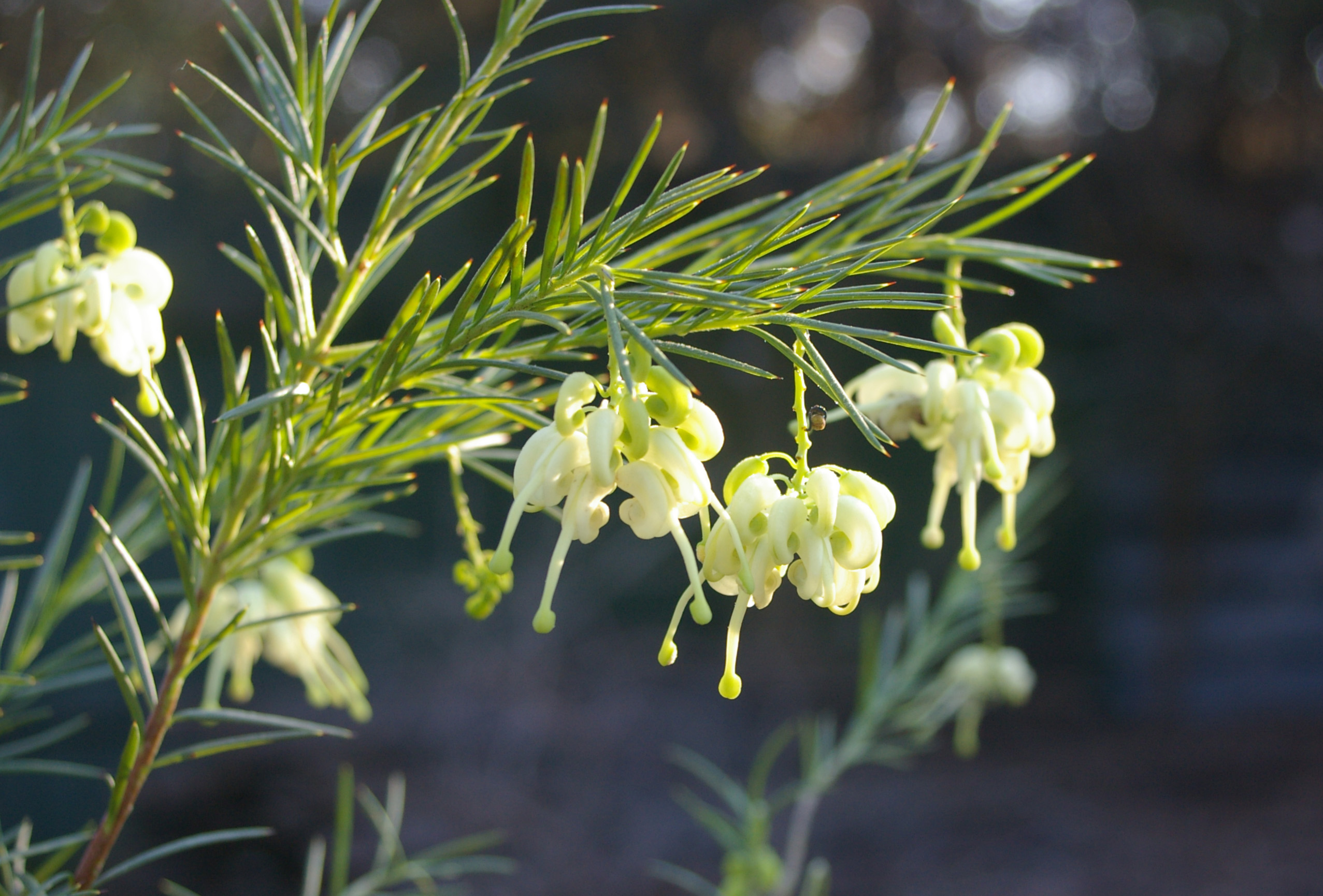