Calytrix exstipulata is a common plant of tropical Australia and is a large shrub or small tree to 4.5 metres high. It has pine-like leaves and star-shaped flowers about 20 mm in diameter. The flowers are commonly pink to mauve (occasionally white). In common with most Calytrix species, a feature of the flowers is the “awns” or fine hairs which extend from the calyx lobes beyond the petals. Flowering time is from late autumn to spring.

Apart from C.tetragona (fringe myrtle), Calytrix has not received widespread cultivation. Calytrix exstipulata, would be an excellent, colourful species for tropical climates in well drained soils in sun or semi-shade. It would be worth trying in sub-tropical and temperate climates.

Propagation is best from cuttings as seed can be difficult to germinate. Experimentation into the use of grafting has been carried out with Calytrix species using the closely related genus Darwinia as root stock. Some success has been reported but it is not known whether grafting of C.exstipulata has been attempted. 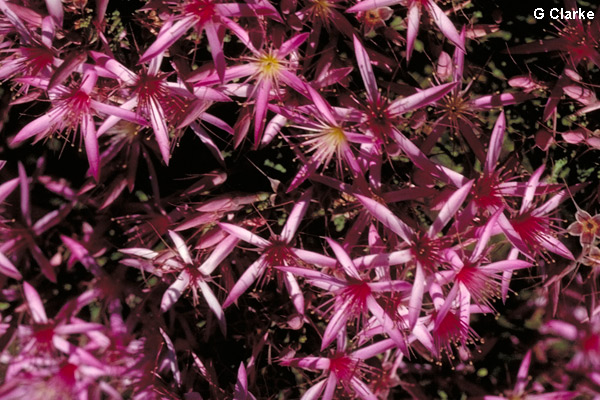 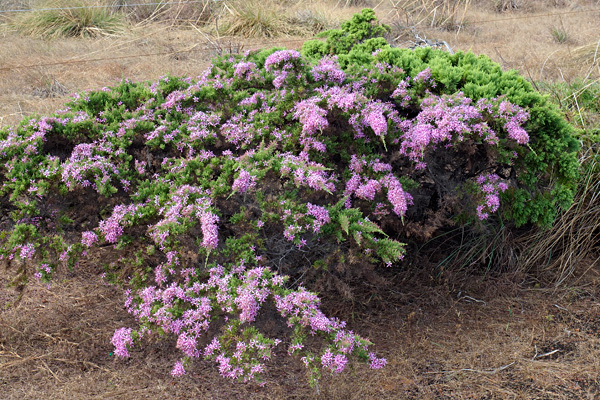