Ajuga is a genus of about 45 species found in many parts of the world. There are two species native to Australia with A.australis being the best known. It can be found in a range of soils and habitats from coastal forests to the dry, mallee country.

A.australis is a small, perennial herb with a basal rosette of leaves and soft, erect stems. The leaves are velvety, toothed and decrease in size towards the flowers spikes. The flowers are usually deep blue or purple but pink and white forms are also known. They are around 15mm long, somewhat tubular in shape and have a short upper lip and a long, spreading lower lip. Flowers are seen mainly in spring and summer.

Although not widely cultivated, A.australis is a useful small plant which deserves to be better known. Plants prefer semi shade but tolerate full sun and extended dry periods once established. It is also tolerant of at least moderate frosts. It will succeed in a range of soils except those which are poorly drained.

Propagation is easy from cuttings which usually strike reliably and quickly. Propagation can also be carried out from seed. 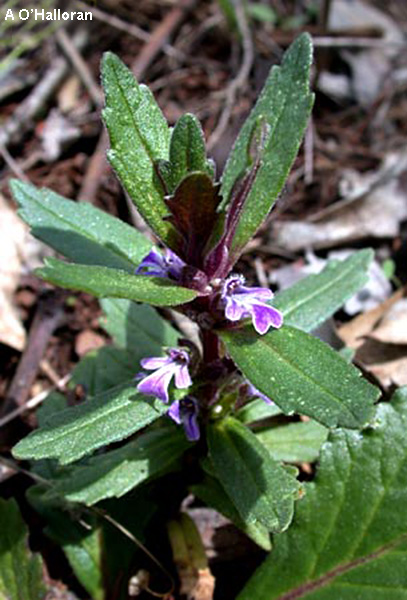