Pittosporum is a large genus which extends beyond Australia to the warmer regions of Africa, Asia, the Pacific Islands and New Zealand. There are about 14 Australian species occurring in all states. They give their name to the family Pittosporaceae, a small but important family horticulturally, which also includes the native frangipani (Hymenosporum flavum), the bluebell creeper (Billardiera heterophylla) and the genus Bursaria. Six species formerly classified within Pittosporum have been moved to the new genus Auranticarpa (e.g. Auranticarpa rhombifolium).

Pittosporum undulatum is a tree to 12 metres in its natural habitat but usually smaller in cultivation. It provides dense shade and spreads up to 7 metres across. It has coarse grey bark and glossy green elliptical leaves some 6-15 cm long and 1.5-4 cm wide with distinctive wavy, or undulating margins. The leaves are about 75 mm long with toothed margins. Small, white, fragrant flowers occur in terminal clusters in spring and early summer and are followed by orange-tan berries 1 cm in diameter in autumn, which persist for several months.

The species is well established in cultivation in Australia and some other warm regions around the world such as California. It is a hardy and adaptable plant which appreciates most acidic soils and extra moisture, yet can also withstand extended dry periods once established. It can be clipped into hedges and is quick growing, as well as having pleasantly perfumed flowers which can pervade a large area (hence the common name ‘native daphne’).

Unfortunately, the species has also proven to be very invasive in bushland, colonising moist areas, such as gullies, and areas of disturbed soil. It grows rapidly and quickly shades out most other plants. Pittosporm undulatum seems to adapt to soils with higher nutrient levels much more readily than other native species, hence grows well in areas where the soil has been changed this way. Its berries are attractive to birds and thus may be carried quite far from the parent plant. It has become an environmental weed in Cuba, Tasmania, Western Australia, Western Victoria and South Australia, as well as in bushland around Sydney. This last place is surprising in some ways as P.undulatum is an indigenous plant of the Sydney area but habitat changes brought about through urban development have been in its favour and the species has taken advantage with a vengeance.

Propagation can be carried out from seed which germinates readily without treatment. Cuttings are also successful. However, growing this plant anywhere near bushland (even within several kilometres of natural bushland) cannot be recommended due to the grave environmental risk that it poses. 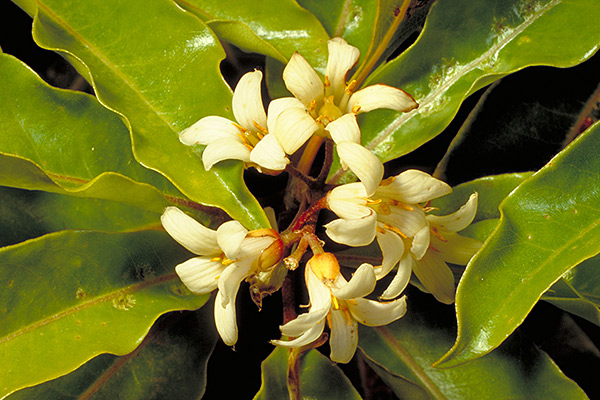 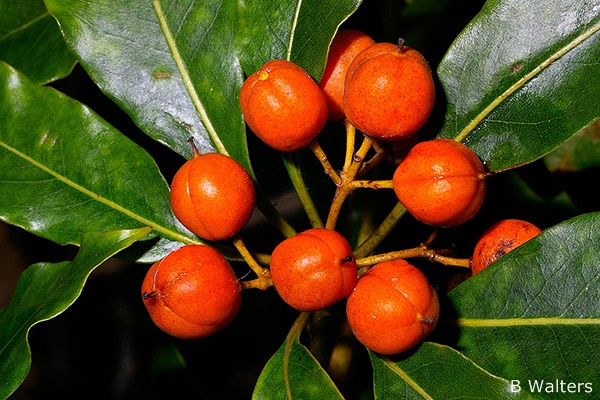