Leptospermum laevigatum is usually a large, bushy shrub that can reach 5 metres in height by a similar spread. Leaves are grey-green and are generally oval-shaped 15-30 mm long by 5-8 mmm wide.

The white, 5-petalled flowers are fairly typical of the genus being circular (up to 20 mm diameter) with numerous small stamens surrounding the central stigma. Flowers which appear in late winter to spring are followed by small, woody fruits containing many seeds; the fruits remain unopened until they are removed from the plant or the plant dies.

L.laevigatum is reasonably common in cultivation where the greyish foliage is an attractive feature. It is a hardy shrub for moist soils in a range of climates and is particularly useful in coastal areas as it is tolerant of salt spray. Plants prefer full sun or partial shade and may be pruned severely if necessary.

Note: this species is a serious environmental weed in southern Western Australia and in South Africa and it would probably be best to not plant it outside of its natural range.

Propagation is easy from both seed and cuttings. However, the variegated form(s) can only be propagated from cuttings as it will not come true from seed. 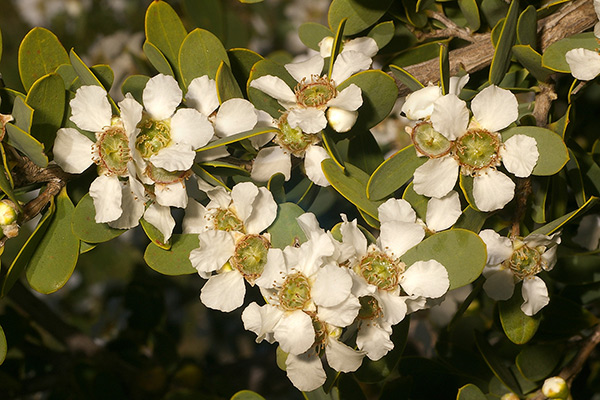 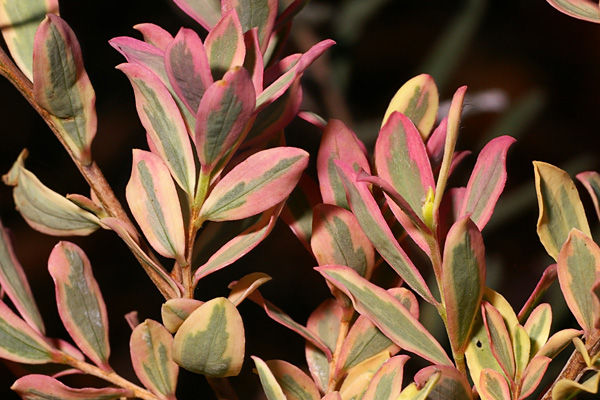