Geijera is a small genus with six species occurring in Australia. The genus also occurs in New Caledonia and in Papua New Guinea. They are large shrubs or small trees, not often seen in cultivation.

Geijera parviflora is a tall shrub or small tree which can reach 8-9 metres high with a similar spread. It has foliage with a weeping habit of growth with leaves and branches often reaching to ground level. In grazing areas the lower foliage is often trimmed by livestock. The leaves are linear to narrowly oblong from 50 to 200 mm long by about 5-10 mm wide, aromatic and deep green in colour. The small star-shaped white flowers occur in clusters on branched stems. They are followed by small globular fruits containing glossy black seeds. Flowering usually occurs in winter to spring.

Wilga is a beautiful, weeping tree that is not grown as widely as it could be, mainly due to difficulties in propagation. It is rarely available in nurseries. The plant requires well drained soils in sun or semi shade.

Propagation of G.parviflora from seed is difficult. It is usually recommended that seed be sown when fresh but, even then, germination is unreliable. The book ‘Growing Australian Native Plants from Seed‘ by Murray Ralph suggests that the seed coat be fractured and then removed prior to sowing. Propagation from cuttings is equally difficult and cuttings are very slow to form roots. 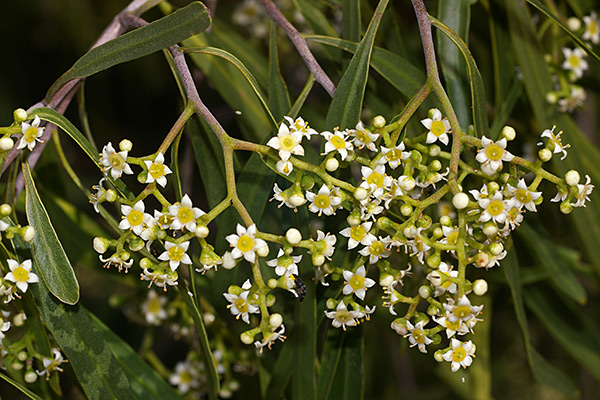 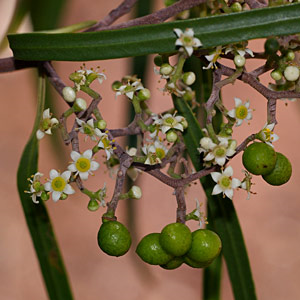