Hakea archaeoides is a large shrub which may reach 4-6 metres high by a 3-4 metre spread. Leaves are oblong in shape with three conspicuous longitudinal veins. The flowers occur in spring to early summer forming pendulous racemes in the leaf axils and may be up to 80mm long. The flower colour is deep red and flowers are followed by woody seed pods about 40mm long by 20mm wide containing two winged seeds, the usual number for all Hakea species. The pods do not shed the seed until stimulated to do so by environmental conditions (eg after a bushfire).

Hakea archaeoides is closely related to H.trineura and was previously regarded as a form of the latter species. H.trineura is now considered to be restricted to the Rockhampton region of the Queensland coast; it is a similar, though smaller, plant to H.archaeoides It has lemon/yellow flowers and is found in open woodland, while H.archaeoides is found in a combination of wet sclerophyll forest and rainforest.

H.archaeoides has been mainly grown by enthusiasts and is not often seen in nurseries. It appears to be reliable in a range of climates from sub-tropical to semi-arid and is able to tolerate extended dry conditions once established. It is fairly quick growing and appears to be tolerant of moderate frosts. The flowers occur mainly on the older wood but, as the foliage is not particularly dense, they are still reasonably well displayed. The flowers are attractive to honeyeating birds and the species is best grown in an open, sunny position

The species is easily grown from seed but this is not yet readily available. Availability may improve as the species becomes better known in cultivation. The species can be grown from cuttings but the strike rate may be well below 100%. 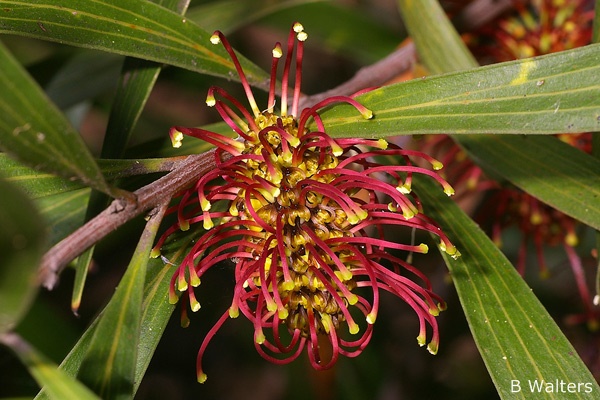 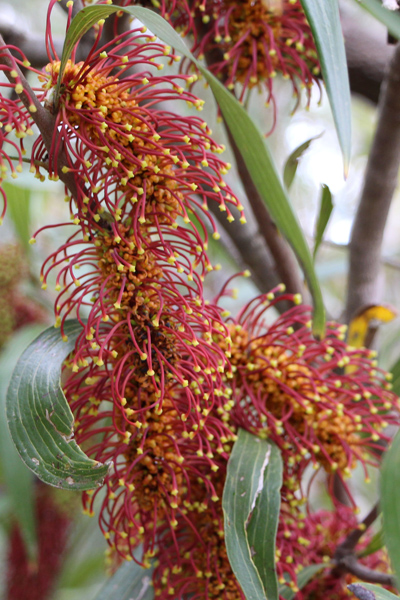