Lomatia is a genus of about 12 species, most of which occur in eastern Australia but 3 or 4 are found in South America.

Lomatia myricoides is a medium shrub to small tree. It is usually grows to about 2-3 metres but can reach 5 metres or more in favourable conditions. The leaves are up to 200mm long, narrow with irregularly toothed margins. The scented flowers occur in racemes in the leaf axils or at the ends of branches. They are usually white or cream but pink forms are known. The flowers are followed by dry fruits containing a number of winged seeds.

The long-leaf lomatia is not widely cultivated but is a hardy shrub for semi-shaded positions in a range of climates. It will tolerate extended dry periods once established but performs best if adequate moisture is provided. It accepts a range of soils provided drainage is reasonable and will tolerate at least moderate frost.

The species may be grown from seed which germinates well without pretreatment. Cuttings also strike readily. 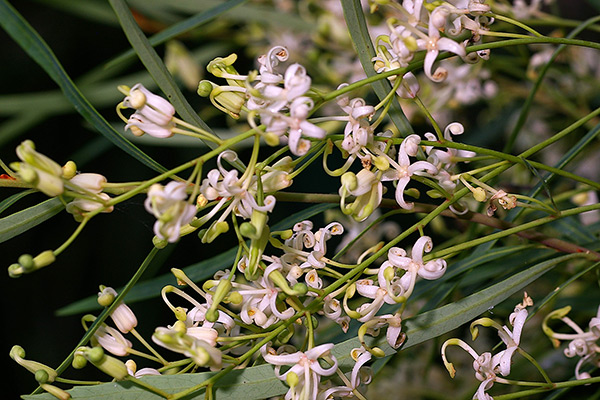 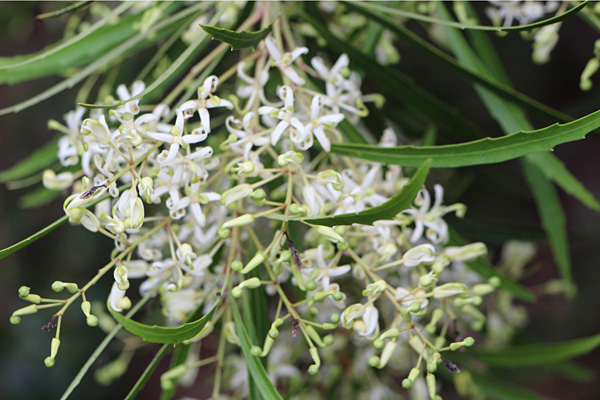