Pandorea is a small genus of 6 species, 3 of which occur in Australia. P.pandorana is well established in cultivation and several cultivars are known.

Pandorea pandorana is a vigorous twining plant with pinnate leaves having between three and seven leaflets up to 150 mm long. The species has smaller juvenile with numerous leaflets giving a ferny appearance. The flowers are tubular, about 20 mm long and are typically creamy white with purple or brown markings in the throat. A number of selected colour forms of this species have been brought into cultivation, the most common being ‘Snowbells’ (pure white) and ‘Golden Showers’ (yellow-bronze). Flowering occurs mainly in spring but may persist into summer. The flowers are followed by large oblong fruits which split to reveal elongated, winged seeds.

This is a popular plant in cultivation, particularly the cultivars mentioned above. It is very hardy in topical to temperate regions although it may be damaged by frost during very cold winters. It is adaptable to any reasonably drained soils and will grow in full sun to partial shade. However, it is very vigorous and can quickly climb into the highest trees. When this occurs, its presence will only be noticed by the masses of flowers in the treetops. It prefers a reliable water supply but, once established, will tolerate extended dry periods.

Propagation can be carried out easily from either seed or cuttings, however, the selected colour forms do not come true from seed. 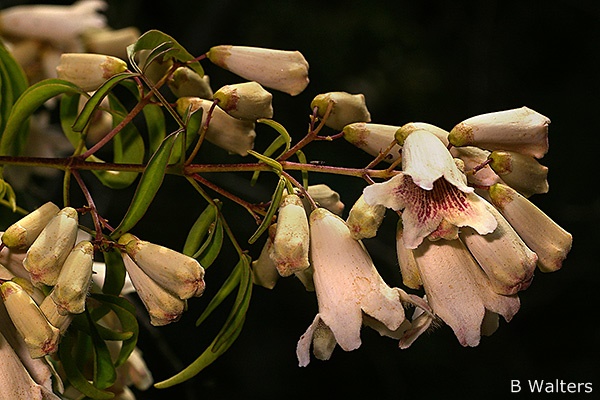 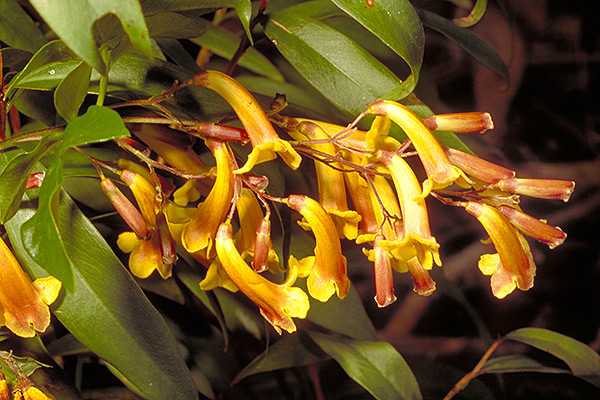