Portulaca oleracea is a species which occurs world wide and which has escaped from cultivation in parts of Australia. It is generally regarded a weed but, none the less, it is an Australian native plant. It is a prostrate herb with fleshy, reddish stems and thick, succulent leaves which are oval shaped and about 25 mm long. Small yellow flowers occur in the leaf bases. In inland areas dense colonies of the plant appear after rain.

The main feature of the plant which raises its status above that of a common weed is its edibility. The species was well known to the early settlers who often used the juicy leaves in salads and, cooked, as a substitute for spinach. The seeds are also edible and are usually ground and baked into a damper.

Pigweed is not often cultivated as an ornamental species due to its invasive tendencies. Those wishing to experiment with “bush foods” should find it easy to grow provided adequate moisture is available. It is best grown in well drained soils. Once established the leaves can be harvested at any time.

P.oleracea can be grown easily from seed or cuttings. 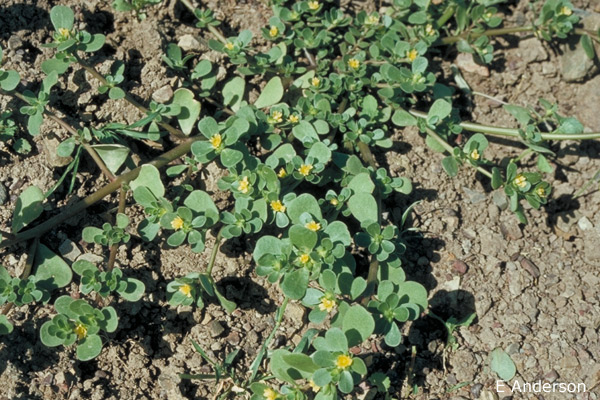