Prostanthera rotundifolia may reach 1.5 metres high by a similar spread. Flowers are generally purple in colour and are prolific in spring. Pink flowered forms are sometimes seen. It is one of the hardier members of the genus, is quick growing and should be pruned back annually by about one third if a bushy shape is to be retained. Like most prostantheras it prefers a well drained, moist position with some shelter from direct summer sun. Under dry conditions it will wilt noticeably but quickly recovers when watered. It is a good “indicator” of when watering is required in a garden generally. 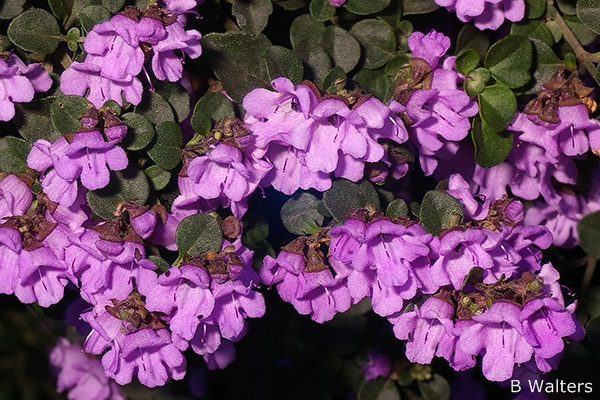 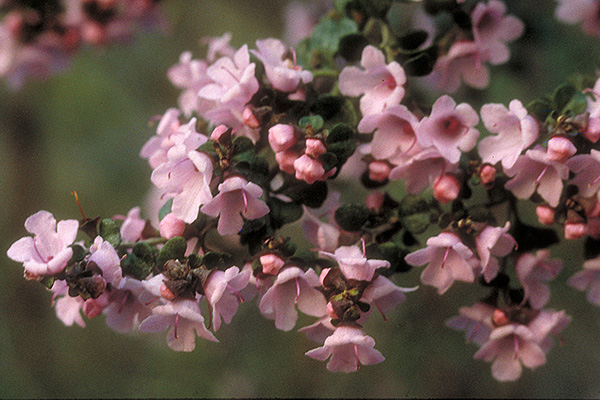