Prostanthera scutellarioides is typically a small, wiry shrub rarely exceeding half a metre in height. Leaves are linear up to 15mm long and are highly aromatic. The flowers are usually purple or mauve but pale pink forms are also known. Flowering occurs mainly in spring but there may also be flushes at other times of the year.

This species was once common in western Sydney but much of its habitat has been lost to the suburban sprawl. It is not well known in cultivation and seems difficult to maintain for long periods even in areas where it grows naturally. Like most prostantheras it prefers a well drained position with some shelter from direct summer sun. It is a beautiful, small shrub – well worth persisting with. 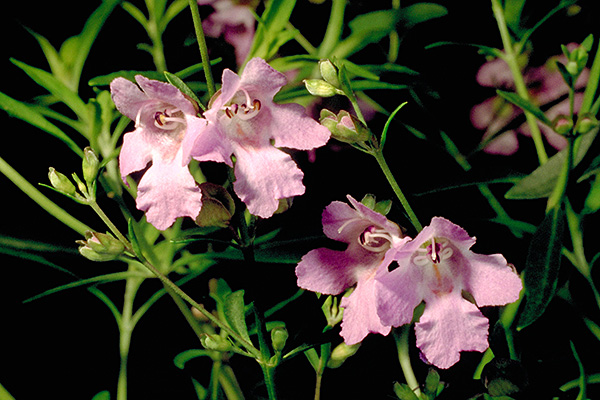