The genus Telopea contains five species all confined to east coast regions from northern New South Wales to Tasmania. The most famous species is Telopea speciosissima, the New South Wales’ waratah, which has been in cultivation since the first years of European settlement in Australia.

Telopea aspera was split off as a separate species from the NSW waratah. In overall appearance it is very similar to T.speciosissima and the non-botanist may find it difficult to distinguish between the two species. T.aspera is an upright shrub to about 3 metres and has an underground lignotuber from which regeneration can occur if the above ground parts of the plant are damaged (eg.by fire). It has attractive dark green elliptic to obovate-elliptic leaves up to 24cm long and 8cm wide, with serrated edges. It flowers a month or so later than its southern cousin; from October to December. The blooms are terminal and showy, very similar to T.speciosissima. The flower colour is red.

In nature, the Gibraltar Range waratah grows on sandy soils in dry sclerophyll forest in a somewhat cooler, drier climate to its southern cousin. Horticulturally, the main features which distinguish it from T.speciosissima are its attractive foliage and a slightly later flowering season. Thus far, this plant has been cultivated only rarely (although it is possible that it may have been collected and grown as T.speciosissima in the past). It has proven difficult to maintain in cultivation at Mount Annan Botanic Gardens within the Sydney Basin, having succumbed in summer. It is not clear this was due to the summer heat or humidity or heavy soil there. However, it has survived much better in the higher altitude botanic gardens at Mount Tomah in the Blue Mountains.

Propagation would probably be best from seed which should germinate within 4-6 weeks if it is viable. No special pretreatment should be necessary but seedlings would be susceptible to damping off (a fungal disease) and need to be kept under observation. It is likely that cuttings would also be successful but they may be slow to strike. 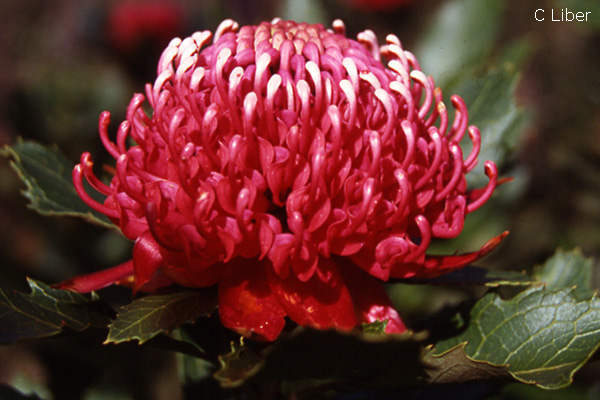