As a result of the transfer of the genus Dryandra to Banksia, Dryandra praemorsa was renamed Banksia undata as there is already a species known as Banksia praemorsa.

Banksia undata is probably the most widely cultivated members of the ‘Dryandra Group’ of banksias and one of the easiest to grow. There are two recognised varieties; var.undata and var.splendens. The latter is distinguished by being larger overall with larger leaves and flowers. The flowers of var.splendens are sometimes pink, in contrast to the usual bright yellow colour.

The species is a large shrub which may reach 3 metres x 2 metres. The leaves are slightly lobed with short spines but these are not particularly pungent and do not cause any difficulty in handling the plant. As indicated by the specific name, the leaves have a “chopped off” appearance. The flower clusters may be up to 60mm in diameter and occur at the ends of the branches in spring. They are popular as cut flowers.

B.undata is a spectacular, fast-growing plant which will grow and flower in subtropical climates but may not be long lived in those areas. In less humid areas the species has proven itself to be very reliable and would be a feature in any garden. The pink flowering form is particularly attractive.

Propagation from seed is relatively easy and cuttings are also successful. This species has been successfully grafted onto Banksia serrata and B.spinulosa var.spinulosa. Grafting should extend the range of successful cultivation. 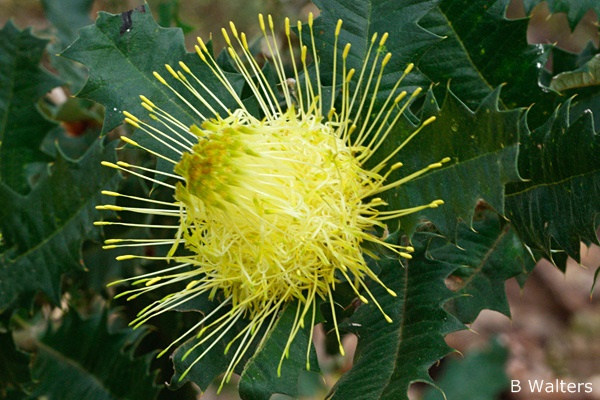 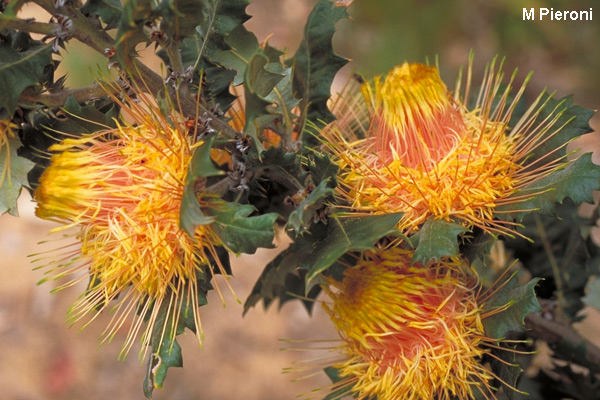